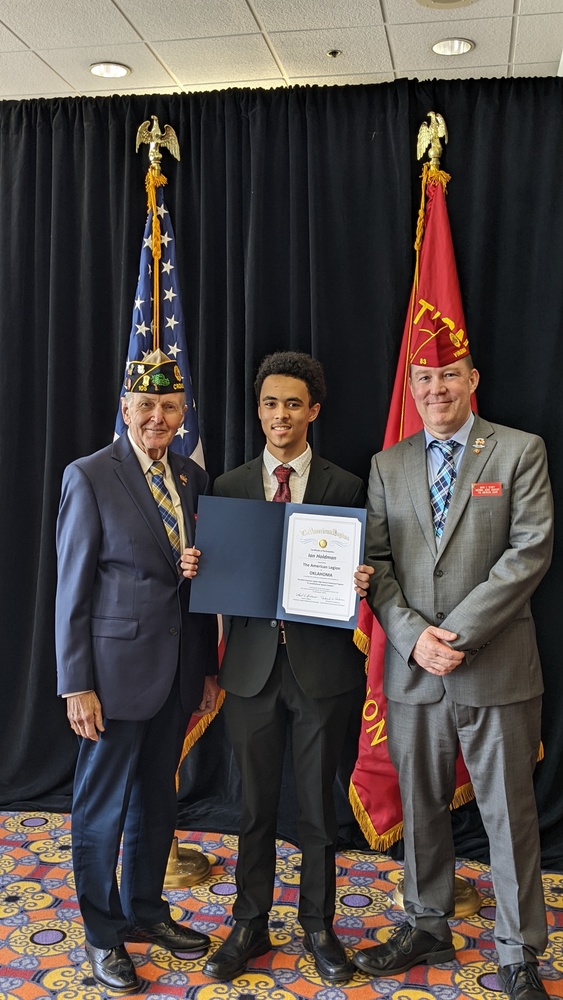 Each contestant is required to write and memorize an 8-10 minute speech on a citizen's responsibility to the Constitution. They are then given four pre-selected constitutional amendments on which they need to speak for three to five minutes.

Ian was chosen as the Bartlesville Post representative to the regional competition in February.  He won that contest and qualified for the state contest which was held in March at UCO in Edmond.

Holdman emerged as the State Champion and then represented Oklahoma in Indianapolis, IN at the national competition in April. At nationals, he advanced from his quarterfinal round to the semifinal round and made it to the top 18 out of 51 students competing.

Holdman was able to earn $6,000 in scholarships. Ian says he competed against a number of talented students, learning much related to the Constitution. Ian’s speech about a citizen's responsibility to the Constitution included the responsibility to vote. Ian says this topic is dear to him since he watched his mom work to become a citizen. Ian says, “Voting for some is just a given, but for others voting is something they strive to do.”