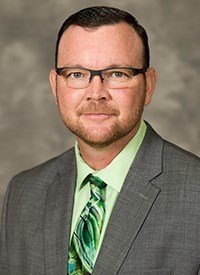 The Bartlesville Board of Education will be voting at its next regular meeting to hire Talby Justus to be the school district’s next Lady Bruins basketball coach.

Justus has been the assistant coach at the New Mexico Junior College from 2011 to 2013 and the associate head coach of the women’s basketball team at the University of Texas at Arlington from 2013 to 2020.

Prior to his move to the collegiate level, the Stillwater, Oklahoma native worked in the high school ranks. He built the girls program at Ripley High School into a respected program by going 68-18 the past three seasons with a trip to the Area Tournament and two conference championships. He was most recently hired as the head coach in Pawhuska in 2020.

Previously, Justus spent three years at Glencoe High School where he led that program to the first state championship in school history in 2006 and in 2007 led them to the State Runner-up. He finished his tenure at Glencoe with a record of 76-17 and led the state in points allowed per game for three straight years.

Justus played four years of college basketball. He first attended Northern Oklahoma Junior College in Tonkawa, Oklahoma, then finished his collegiate career at Tabor College in Hillsboro, Kansas. At Tabor, he was named KCAC All-Conference and made an Elite Eight and Final Four appearance in the NAIA II National Tournament in 1996 and 1997. On May 15, 2010 Tabor College inducted the 1996-97 team into the Tabor College Hall of Fame.

During his high school career at Pawnee High School, Justus played for his father, Harley Justus, who has coached in Oklahoma for more than 35 years.

Justus and his wife, Lori, have three children: Talby Jr., Holton, and Makenna.