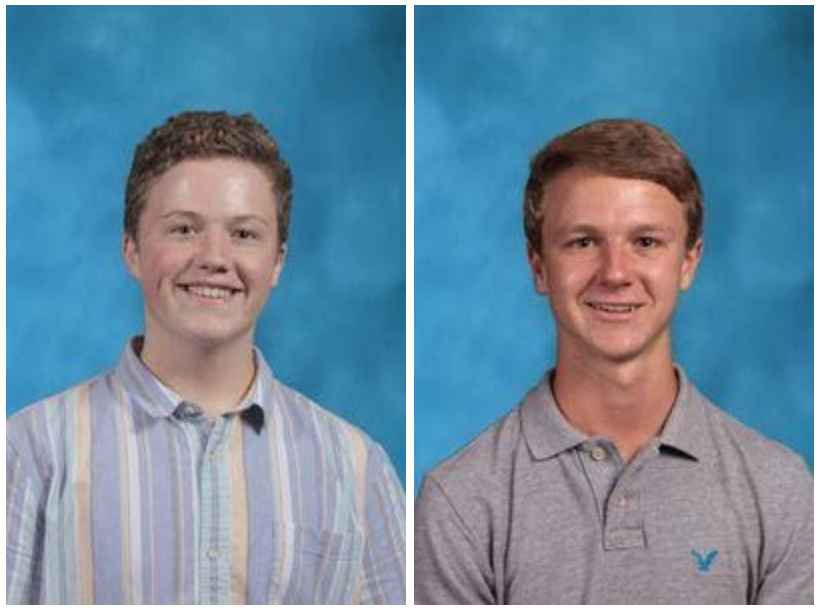 John Steward is the son of Susan and Brent Steward. He is the captain of the Bruin swim team and a member of the National Honor Society. He is on the Phillips 66 Splash Club swim team that trains year round and attends the youth group KLIFE. This summer he worked as a lifeguard at Sooner pool.

Max Williams is the son of Stevie and John Williams. He participates in cross country, track, band, percussion ensemble and steel band and is a member of the National Honor Society, BHS Green, Spanish Club, and Young Democrats. He is working toward the rank of Eagle Scout in Boy Scouts. In his spare time he likes to run and to also play guitar, performing in his church choir at St. James. He also waits tables at Szechuan Restaurant but has not been able to work recently due to the pandemic.

About 34,000 Commended Students throughout the nation are being recognized for their exceptional academic promise. Although they will not continue in the 2021 competition for National Merit Scholarship awards, Commended Students placed among the top 50,000 scorers of more than 1.5 million students who entered the 2021 competition by taking the 2019 Preliminary SAT/National Merit Scholarship Qualifying Test (PSAT/NMSQT®).

''Those being named Commended Students have demonstrated outstanding potential for academic success," commented a spokesperson for NMSC. ''These students represent a valuable national resource; recognizing their accomplishments, as well as the key role their schools play in their academic development, is vital to the advancement of educational excellence in our nation. We hope that this recognition will help broaden their educational opportunities and encourage them as they continue their pursuit of academic success."